A cautionary fable of the dangers of GPS Trackers in an untrained hand.

We live in serious times, some might say, scary times, times of suspicions and slander, attacks and counter attacks but even through all of this, from time to time, a story comes along that makes you pause to reflect on just how funny life can be.

This is one such tale and it finds us on an ordinary day in June, being ordinary and being in England in the summer, I will stick my neck out and say it was probably raining....

A gentleman (our hero) climbs into his car and prepares for his day ahead, perhaps he takes a moment to adjust his wing mirrors or admire himself in the rear view mirror, maybe he drops his lunch and leans to down to pick it up from where it has rolled to beneath the passenger seat. Whatever his actions, and I suspect that we will never really know them, he chances upon a small black box with a flashing LED on top. In my minds eye, he pauses, frozen in terror. Perhaps in a past life he was a top secret spy, or an informer, maybe he is deep undercover or even in witness protection, again these minute details are unavailable to us and I am simply seeking to fill in the blanks but, whatever his background and reasons for paranoia, the gentleman in question, pauses, frozen (as I proposed earlier) in abject terror. Surely there can be NO sensible reason for this device to have found itself inside his car, flashing menacingly like a great winking weapon of some (if not mass) destruction. Obviously it goes without saying, that his very first thought is that someone, we know not whom, has affixed a bomb to the inside of his vehicle! Their devilishly brilliant plan to bring terror to the streets of England foiled only by his dropped banana and, now super-fizzed up, coke. Our hero spares no time to consider less apocalyptic possibilities and dials 999 with absolutely no further ado.

The police are summond, cordons are put in place and experts are consulted, passers-by clutch at their pale throats and shake their indignant heads in disbelief. "What has this world come to?" they ask one another, " when a hard working man can't drop his banana without finding a bomb in his car? Truly, this is a sign of the times..."

Chaos and terror has reached suburbia and no one likes it.

From the distance we see another actor arrive on the stage, ah it’s the ordinary man’s ordinary wife, I like to imagine that she runs to her husband’s side, the colour draining from her already pale (she lives in England so this is another safe assumption) cheeks. “What,” she asks her husband, “has happened for heaven’s sake? A fire? A gas leak? Surely not a murder?”

Our hero leans in close, he is so glad to have his beloved wife by his side, “a bomb,” he whispers, “in my car,” he confides with perhaps a tiny sense of self-importance.

Now, his ordinary wife is already pale at this point but any colour left in her cheeks, lips or even her ears, drains out and leaves behind a mask of horror.

“Was it under the seat?” I imagine she asked in a voice as shaky as a glass of sauvignon blanc on a bouncy castle filled with sugared-up 4 year olds.

Mr ordinary nods, his face paling to match his that of his wife. “Did you plant it?”

"Well,” she says, her head hanging in shame (at least in my mind this is how it would have played out), “I did put it there but," she would have paused for dramatic effect I am certain, "it’s not a bomb.”

“Not a bomb?” Mr ordinary is incredulous, “what else could it possibly be other than a bomb planted by evil no-gooders hell bent on bringing chaos and disharmony to our beloved community? their devilish plot foiled only by my banana and can of fizzy pop! There is just no other rational explanation!”

I imagine she would have whispered her response, concerned for her own fate over and above the safety of all those around her, “it’s a GPS Tracking system,” I suspect that she would have choked on the words, “I put it there to track you because I am jealous and clingy and wanted to follow your every step because," a tear would have trickled down her alabaster cheek, "because to me, you are anything but ordinary!”

“Oh you,” says Mr Ordinary with a wry wink and a loving smile, “you silly old bean, you know I love you and only you!” he hugs her tightly, “you stay here and I’ll go and explain to the police before they blow up my car.” He blows a kiss at her over his shoulder as he walks away……

And that was that, a tale of caution in our worrying times and yet again, a reminder that GPS Trackers are more than just a means to catch a car thief or monitor your staff or to save you money, they also bring communities together and help to resolve marital issues….or something like that anyway.

For the actual story without my embelishments visit: http://www.dailymail.co.uk/news/article-3643265/Husband-finds-suspicious-package-attached-car-calls-bomb-squad-discover-wife-fitted-tracking-device.html

6 Ways to Protect Your Vehicle From Theft

Can you prevent your car being stolen by radio signal extenders? Yes - we think you can! 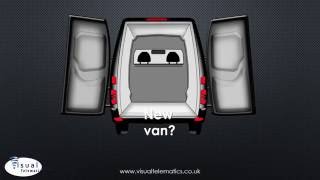 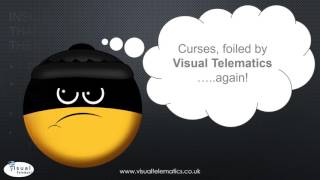 Is Car Crime On The Rise Again?

A cautionary fable of the dangers of GPS Trackers in an untrained hand.

Is 48V the next best thing since stop - start?